We believe that faith in Christ is the only way to be saved and to have fellowship with God. We believe the Bible is true and that it is our firm foundation. Our scripture reference is Revelation 1:8:
"I am the Alpha and the Omega," sayeth the Lord, which is and which was and which is to come, the Almighty.

In 1985 God, the Holy Spirit gave Evangelist Shirley K. Russell (a God fearing woman and mathematics instructor at Morgan State University) a vision for a Christian fraternity and sorority. The development of this vision matured when Evangelist Russell shared the vision with two of her students, Doral R. Pulley and Joyce Mungo, who were very instrumental in organizing the "CALLING ALL CHRISTIANS" meeting on November 3, 1988. This is now known as Founder's Day. The Lord moved on the hearts and minds of many of the attendees of the meeting to help in the manifestation of the vision of Alpha Nu Omega. The first fruits of Alpha Nu Omega consisted of 14 founding brothers and 15 founding sisters. Collectively they labored along with the Visionary Founder Shirley K. Russell in establishing the Constitution of Alpha Nu Omega. This step enabled the organization to be incorporated on December 20, 1988, 47 days after the founding date. The National Headquarters was at this time established at Morgan State University in Baltimore, Maryland.

Many crucial decisions were made by the Founders of Alpha Nu Omega, Inc. in regard to the administration of the organization. One decision called for the organization to operate as two distinct entities (a fraternity and a sorority) bound by a single constitution. At that time two executive boards were established - Founder Doral R. Pulley presided as the president of the fraternity, and Founder Joyce Mungo presided as the president of the sorority. Visionary Founder Shirley K. Russell remained the advisor to the brother/sister organization.

In October of 1989, the organization inducted its first line consisting of one brother and six sisters. The second line for the sisters was held in the fall of 1990. The sisters increased their membership by five.

In the Spring of 1991 the entire Alpha Nu Omega Family met and decided to become a non-hazing organization. They adopted an intake curriculum now known as the Orientation Process. This decision lead to the rapid addition of membership.

Change has taken place in Alpha Nu Omega on several occasions, but the brothers and sisters of Alpha Nu Omega Inc. hold to God's promise of membership growth and leadership in ministry. This will come through spiritual growth, which is found by walking in the Spirit and pressing toward the mark of the prize of the high calling of God in Christ Jesus. (Phillipians 3:14) 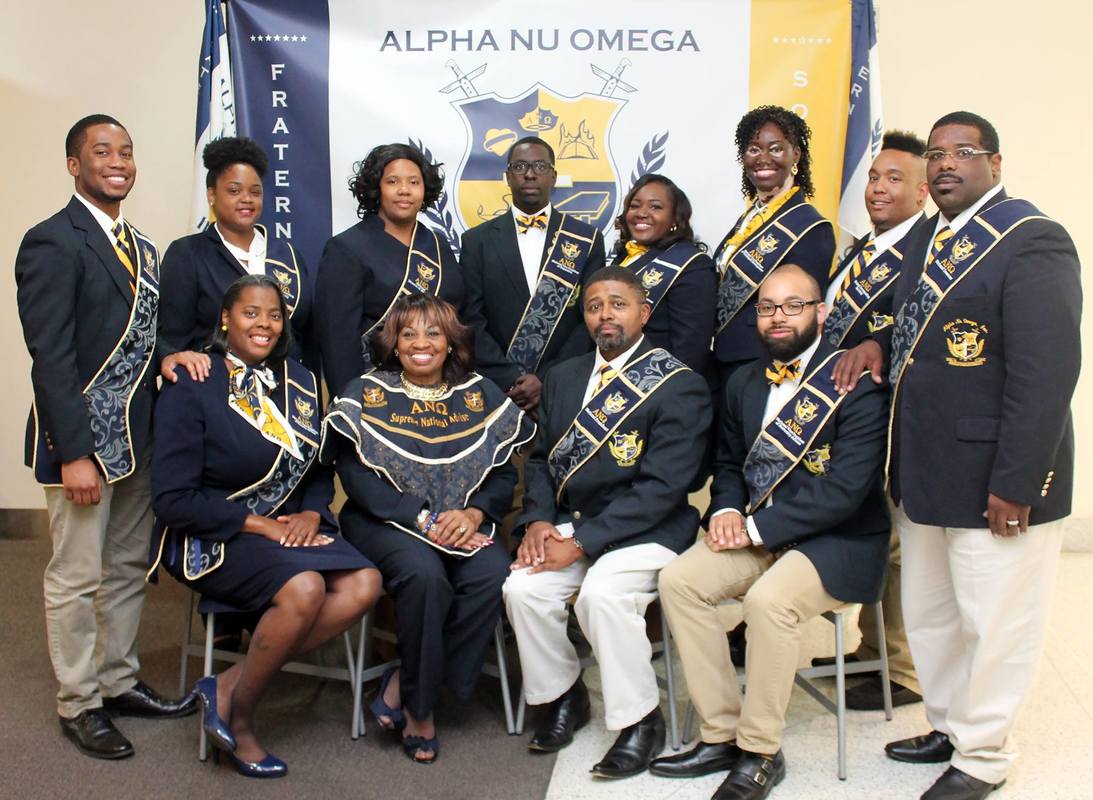 Beta Chapter
​ Beta Chapter Fraternity and Sorority was chartered in the Fall of 1991 on the campus of Towson University.